Share a memory
Obituary & Services
Tribute Wall
Read more about the life story of Chester and share your memory.

Chester Colley Edmunds Jr. died on October 27, 2022 with family around him. He was born September 19, 1924, in Pittsburgh, before moving when young to Mt. Lebanon, where he lived the rest of his life. He was preceded in death by his daughter Lindsay, his parents, Chester and Florence, sister Barbara Coon, and brother William Edmunds.

Chet grew up in Mt. Lebanon and attended college at Carnegie Tech, where he met his beloved wife, Marion. They both graduated with degrees in Chemistry and were married on December 29, 1950, while Chet was on a Christmas pass from the Army, having served during the Korean War.

Following his service Chet worked for refractories company McClain Firebrick and other steel refractories companies in downtown Pittsburgh for many years, riding the streetcar into town every day. Chet was a terrific craftsman and carpenter and always had projects going on at home in his crowded workshop. He loved sharing his knowledge with others and showing new generations how to do that kind of work.

Chet was a longtime member of Christ United Methodist Church in Bethel Park.  His faith was important to him, and carried over into his greatest roles as husband, father and grandfather.

Chet was also a lover of learning.  When he became blind later in life, he would listen to hundreds of books on both scientific and historical subjects, and he loved to talk about their subject matter.  He had incredible patience and kindness towards everyone he interacted with.

Chet loved life.  He loved Christmases, and his children grew up fondly remembering the magic that he and Marion put into every holiday season by decorating enormous Christmas trees and setting up complicated trains around their base. Their home won two outdoor Christmas lighting awards for his efforts.  He threw himself into any activity he undertook and did not believe in doing anything halfway.

Friends will be received on Saturday, October 29th between 1-4pm at Laughlin Cremation and Funeral Tributes, 222 Washington Road, with the service to follow.

We are grateful to Commonwealth Hospice for their loving and compassionate care. Memorial donations could be made to The Glaucoma Research Foundation in San Francisco.

To send flowers to the family or plant a tree in memory of Chester Colley Edmunds Jr., please visit our floral store. 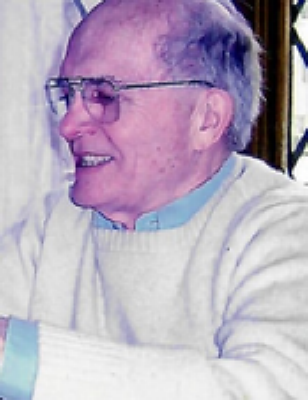