Share a memory
Obituary & Services
Tribute Wall
Read more about the life story of John and share your memory.

Age 93, of Mt. Lebanon, on Thursday October 27, 2022. Son of the late Nicholas and Rose Prezioso; beloved husband of 72 years, devoted to his high school sweetheart Erma T. Prezioso; father of Larry (Lila) Prezioso, Lynne (Jim) Young and Chrisie (Bruce) Parry; brother of Fran (Sue) Prezioso and the late Mary (David) Gustman; grandfather of Nick Prezioso, Jim (Kelly) Prezioso, JJ Young, Cary Young and Robbie Parry; great grandfather of Lennon Prezioso; also survived by cousins, nieces and nephews. 1947 Graduate of Dormont High School and member of the Championship Football team. John was an outstanding wrestler. Proud graduate of Duquesne University in 1952 his beloved Dukes remained his passion throughout his life. Recreation Bowling Alleys in Dormont was his family business, and he was an accomplished duck pin bowler. Along with his brother Fran he started West Penn Warehousing in 1969 and Pittsburgh Fayette Express in 1978. Generous, loving and a great man is how those around him described him. John was known as Pap to more than his own grandchildren, children instinctively knew Pap’s lap was the place to sit. Friends will be received at Laughlin Cremation & Funeral Tributes 222 Washington Rd. Mt. Lebanon on Tuesday from 2-4 & 6-8 PM with the funeral at 11 AM on Wednesday. Entombment in Mt. Lebanon Cemetery. If desired, memorial contributions may be made to Duquesne University Athletic Fund, 600 Forbes Ave., Tobin Building, Pittsburgh, PA 15282

To send flowers to the family or plant a tree in memory of John T. Prezioso, please visit our floral store. 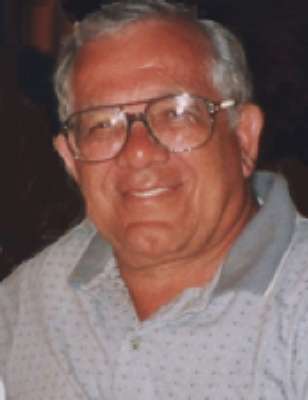