Share a memory
Obituary & Services
Tribute Wall
Read more about the life story of Ann and share your memory.

Passed peacefully in Beavercreek, Ohio on Saturday, November 26, 2022. Ann was born July 27, 1930 in Port Colborne, Ontario, a daughter of the late Francis and Mary (Killoran) Morrow, the 5th of 7 children. She grew up in Copper Cliff, Ontario and attended St Michael’s college at University of Toronto. After graduation from the University of Toronto, Ann married Dr. Robert L. Kay (deceased 2018) on September 20th 1952 and moved to New York City where she became an actuary in the aviation industry. They had four children, David (deceased 1967), Theresa (Randall) Hay, Joanne (Edward) Christie, and Robert Kay Jr.; loving grandmother of Dr. Margaret Hay, Kathleen Hay, Stuart Hay, Albert Christie and Nicole Christie, Esq.; survived by her sister Bud Davies and brother Patrick Morrow; also survived by many nieces and nephews. Ann enjoyed learning foreign languages and became proficient in Italian, German, French, and Russian. She played piano and greatly loved music, regularly attending Pittsburgh Symphony Orchestra performances. Ann enjoyed ice hockey and the Pittsburgh Penguins were always her favorite team. She traveled widely with her husband and maintained close long-term friendships with her foreign friends. Ann also loved flowers and studied Japanese flower arranging, as well as many crafts, becoming an excellent tailor. She attended St Anne Church and had many good friends there. At age 88, Ann moved to Traditions of Beavercreek to be near family. The past year was spent at Trinity where she maintained a smile and positive outlook. Ann will be dearly missed by her family, who are thankful for her long healthy life. Friends will be welcomed at Laughlin Cremation & Funeral Tributes, 222 Washington Road, Mt. Lebanon on Sunday afternoon from 2:00 until 4:00. Mass of Christian Burial will be celebrated in Saint Anne Church (St. Paul of the Cross Parish) on Monday morning at 9:30. Interment Queen of Heaven Cemetery. If desired, memorials may be made to The Little Sisters of the Poor, 1028 Benton Avenue, Pittsburgh, PA 15212 or St. Jude Children’s Hospital, 262 Danny Thomas Place, Memphis, TN 38105.

To send flowers to the family or plant a tree in memory of Ann D. (Morrow) Kay, please visit our floral store. 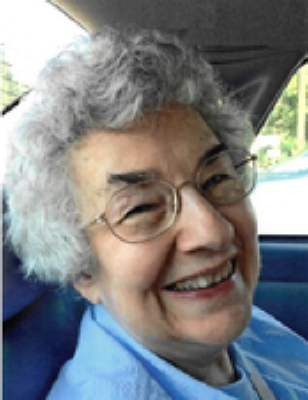 The Little Sisters of the Poor
1028 Benton Avenue, Pittsburgh PA 15212